My sister has an ASUS K43 laptop that started misbehaving. Failing to detect and charge when the power cord was plugged in, making a connection with the plug become fiddly. Warranty long gone, the response in repair shops was the classic “we have to change the motherboard”. Unsatisfied with that answer I found out that the power socket is a common fault in these ASUS machines and you can order replacement sockets for less than a US dollar on eBay. I watched three youtube videos, one about taking the laptop apart and two about desoldering and decided to take a shot at a repair. I bought some desoldering wick, borrowed a soldering station and got to it. What can go wrong? If I screw up I can still pay for a replacement motherboard.

Desoldering a piece from the motherboard took more time than expected. The solder did not want to stick to the wick at first but adding a little bit of fresh solder helped. I finished by adding a little solder and then sucking it up with the wick and managing to remove more than I added. Repeating this procedure for about an hour I removed the solder from all five legs. Here is the outcome: 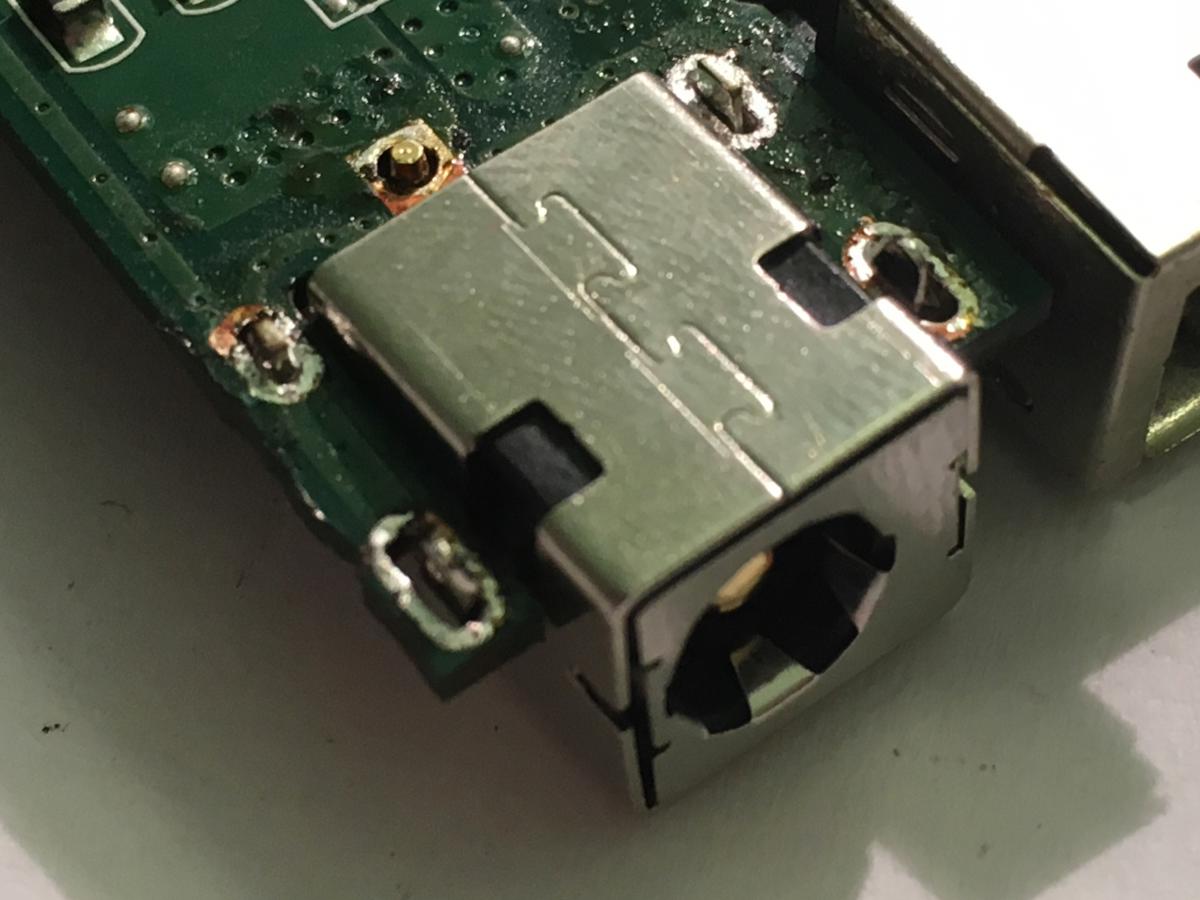 From this point it was easy, putting the new socket in and soldering it in place. Maybe not the best looking joints but keep in mind that this was the second time I held a soldering iron.

I was a little anxious after reassembling and turning the laptop on, but the it worked! The power plug works again, no fiddling required. After closer inspection of the faulty socket I noticed that one of its legs was broken and probably could have been reattached with a little bit of solder without desoldering the whole socket, oh well, next time I will check the legs first.